Networking : The difference between highly skilled and average? 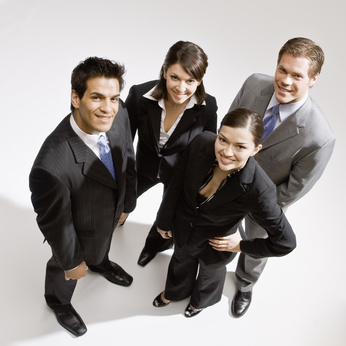 If you are a business owner then networking is probably a way of life because it’s only by being out there and meeting people that you can grow and develop your business and you don’t really have the option to ignore it.

But what about business professionals who are employed in large companies?

I recently asked several young professionals – a lawyer , an accountant, an architect all  employed by  large prestigious firms –  what springs to mind when you think of networking?

This is what they had to say :

“ Standing awkwardly in a room full of strangers , attempting to balance a drink in one hand and food in the other while trying to shake hands.”

“ Exchanging business cards with someone  I will probably never see again.”

“ Being accosted by  someone who thrusts their card  your face without even saying hello who then spends  the time looking over your shoulder for someone more important to talk to”.

And you may have had similar experiences.

Not surprisingly, the very idea is enough to strike terror into the hearts of most introverted workers, who don’t relish the idea of walking into a room full of strangers and striking up conversations.

But when you learn some of the tools and techniques to do it effectively it can be fun whilst at the same time reaping huge benefits for your professional career.

Networking is often perceived as a “soft” skill,”  but Julia Hobsbawm, who is currently the first Visiting Professor of Networking in the world at Cass Business School, says effective networking will make the difference “between a highly skilled worker and an average worker.”

“I think professional workers and their employers are going to come to appreciate and understand networking as more of a hard skill than a soft skill,” she says.

“We take for granted now that certain types of qualifications have to be achieved, and in this global marketplace, where a worker in Nairobi, or a worker in Bombay, or a worker in New York or London, is directly competing with workers they’ve never met, what will give them the edge is the knowledge skills.”

So if you are a young professional who wants to get ahead then get good at networking. It could make all the difference to your success.