Have you got your Business Handbrake on? 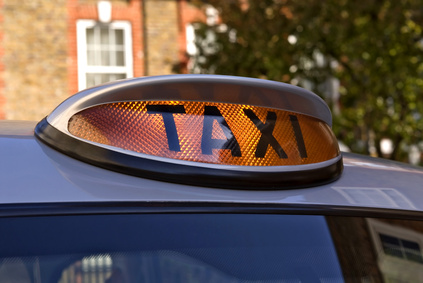 In London recently I was in a hurry and took a black cab from my hotel to the station. I was desperate not to miss my train and the driver was brilliant, exhibiting the famous ”knowledge”  to get me there in record time.

Now let me ask you a question – would you ever get in a taxicab and say to the driver “ just take me anywhere.”? You’re probably saying No! Duh! Of course not. How stupid would that be? (unless you’re extremely drunk when I suppose it might seem like a good idea…maybe!)  because it would be a very expensive way of getting nowhere you want to go.

And yet to what extent are you doing exactly this in your business and your life?

If you think of the taxi driver as being your unconscious mind, how many times does your conscious mind let “the driver” decide where you go?

It has been estimated that about 90% of our behaviours are unconscious. You may have set goals and be attempting to move towards them but if your “taxi driver” has the handbrake on or is following a different map you are not going to achieve them.

In his book “The Success Principles” Jack Canfield talks about your psychological handbrake consisting of negative images and inaccurate limiting beliefs you may have about yourself.

So that you can get to your destination quickly you need to take this handbrake off and give the right instructions to the driver.

How can you identify your limiting beliefs?

And you can change any belief because beliefs aren’t real or true, they’re just the meaning we choose to ascribe to events. You can change that meaning to something more empowering if you want to.

Think about a belief that you have about yourself that has limited you in some way, either in your business or in your personal life.

And as you think about that belief ask yourself the following questions….

How specifically has it limited you in the past?

What has it prevented you from being, doing, having in your business and your life?

Now think about the exact opposite of that old belief.

If it was that you lacked confidence in standing up and speaking in public then the new belief could be that you are the world champion at public speaking and have the trophy to prove it!

Think of a new empowering belief to replace that old one.

Now imagine what would happen if you behaved as if that new belief was true.

What difference would it make to the results you are getting?

What could you be, do and have if this belief were true?

Because your imagination is really powerful and acting “as if” can produce exactly the results you want.

What are you going to choose to believe?

With best wishes in your success