The Cardinal Sin of Presenting 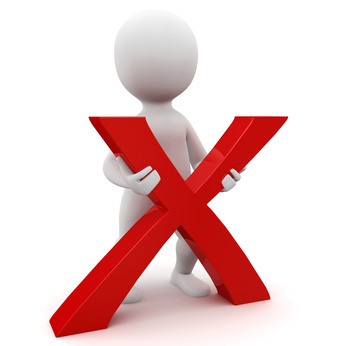 There are many ways that people mess up when presenting and most of the time they are not even aware of it but one of my pet hates is what I think of as the cardinal sin of presenting.

What do I mean?

Well, I’ll give you an example…

I get invitations to lots of different free seminars and workshops, most of which I don’t go to, but I was persuaded to attend one recently in London because it was given by an international business “guru” – and I’m always open to learning new things so I decided to go.

Now I know that these free workshops are about selling their products and that’s fine because we get great free information and I’m always interested to hear how people sell, but the speaker committed the cardinal sin of presenting which resulted in the following happening…

We were kept waiting outside for over 30 minutes after the published starting time before we could even go in and sit down (and that was after having already waited 20 mins to register).

Then we were shown a video about him telling his life story that lasted 15mins – and told he deserves a round of applause (why?)

He claimed not to be a professional speaker (which was obvious!) and then dismissed the whole idea of needing the skills… because he was brilliant enough and it didn’t matter

So by now we were almost two hours into the seminar and he was still talking about himself! There was nothing to really engage us and I was actually getting switched off by his arrogance.

His attitude was one of take it or leave it – and the predominant message was “look at how brilliant I am, I’m going to give you all this free stuff and giving you my time which is so much more valuable than yours”.

How you begin an event is all about connecting and engaging with your audience and anticipation is part of that, but the speaker showed such contempt for the audience that I have never seen before anywhere else.

An international business guru he may be, but he was guilty of the cardinal sin of presenting – not respecting his audience.

And I wonder how many people he puts off by being so dismissive?

It doesn’t matter what level you are at, I believe that it is a privilege to have an audience listen to you (because why should they?) and the very least you can do is respect them and their time. And that goes for informal team meetings and client meetings as well as more formal presentations.

What do you think?