Your Presentation – How Do You Deal with Negative Feedback? 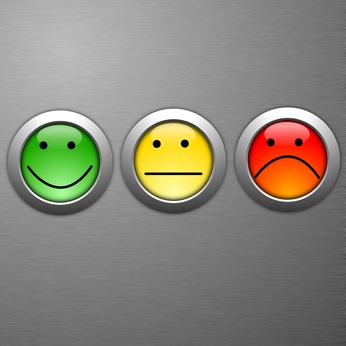 A friend of mine asked me recently ” have you noticed that as we grow older we focus more and more on what we can’t do than what we can”?

At first I didn’t know what she was getting at, because when I work with my coaching clients we focus on what exactly can be achieved and what they can do but after thinking about it for a while and listening to conversations around me I realized that for most people it’s true.

And if I’m honest it used to be true for me too.

And when does this start?……

For me it was with Mrs. Diggle.

She was my art teacher in first year secondary school who seemed to take delight in telling me that I was hopeless at art and should just go and sit on the back row out of the way. I used to dread her coming round to see my work because I knew she would tell me how bad it was, and she did- every lesson!  This went on for 3 years with me feeling totally useless until I had the opportunity to give it up as a subject which was a great relief for both of us !

It was only much later that I realized that there was a lot more to art than just being able to draw and that I could learn to appreciate art in all it’s diverse forms.

I was doing what many people do – believing another person’s opinion of me and my ability.

Mrs. Diggle gave me very poor feedback which I chose to believe. She didn’t tell me what to do to get better, just that what I did was awful. And this can be common after a business presentation or public speaking too.  Some people in your audience will take delight in finding fault or telling you how awful it was.

And this can really affect your confidence as a speaker because what you often do is take poor feedback to heart and make it personal.

Many people react to negative feedback in a negative way- which creates a lose- lose situation and that’s why so many run away from asking for it.

But many people don’t actually know how to give feedback, or they don’t actually mean what they say. They don’t know the effect of using particular language  and don’t for a second consider the consequences.

Feedback has been described as ” the food of champions” because it’s only by getting feedback and acting on it that we can move forward and improve.

So here are some tips for the next time someone gives you  negative feedback  …..

And in this way you’ll begin to welcome  feedback and actively seek it out because it’s all useful and you always have the choice to accept it or reject it.