Do you have a Presentation Habit Like Maria Sharapova? 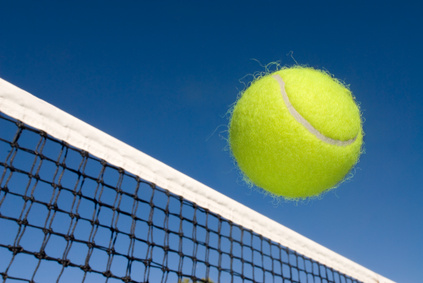 If you follow tennis then you’ll know about Maria Sharapova, the Russian tennis star who has been ranked the World No. 1 in Women’s Singles on five separate occasions. She has won many titles including five Grand Slams and also stands out for a very different reason. The sounds she makes when she makes her strokes have been measured at 105 decibels which is the equivalent of a pneumatic drill! And she’s not the only one. There are so women players who are “grunters” now that The Women’s Tennis Association declared that they were setting up a mechanism to stamp it out for the young players because as well as this distracting their opponents it is switching off the fans as well. And I know I’m not the only one that switches off the sound when I’m watching them play because all I can focus on is the grunting which really irritates me and distracts me from the tennis.

So what has this got to do with your business presentation?

Whenever you present you want your “audience” – whether that be a potential client, an interview panel, your boss, a new contact- to be interested, engaged and actively listening to you, hanging onto your every word, not irritated and switched off.

Although you probably certainly don’t grunt like Sharapova, you might well have verbal tics that annoy and irritate your audience. Things like clearing your throat repeatedly, saying “erm” every few words, having phrases that you use again and again such as “ you know”or “ ok”….. and you may even be totally unaware of them.

When I have mentioned this in the past I’ve had people say to me things like “It doesn’t matter. They don’t notice” or “I can’t help it , it’s something they’ll just have to put up with”.

But in reality your audience doesn’t have to put up with anything.

If you are serious about getting better at presenting in a way that wins more business then you need to get rid of the nervous tics that potentially can irritate and annoy because it could be losing you business.

And it doesn’t matter how long you have been presenting, you still develop them and sometimes adopt new ones.

All it takes is practice to get rid of them and it begins with self awareness – finding out what verbal tics you have.

An easy way to do this is to record yourself presenting (I do this all the time) and then just listen to identify them or get someone whose opinion you trust to give you some feedback because until you know what they are then you can’t start to do anything about them.

Are you a Likeable Presenter? Which of these 10 key characteristics apply to you?