Neutrinos, the Speed of Light and Your Business Presentation 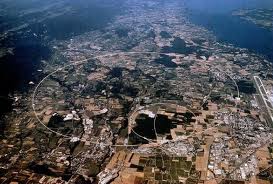 There has been a huge amount of media coverage recently about the latest results to come from physicists at CERN. I had the great opportunity to spend some time at CERN several years ago when the Large Hadron Collider was being built. I was there to look at the prospect of taking sixth form physics students for a visit and it was amazing to be in such a place where the fundamental laws that we use to explain the universe and how it works, were being tested.

The recent findings emerged from the research experiment dubbed Opera, which over three years and involving 15,000 neutrino “events,” pumped neutrinos (often called ghost particles because they pass through matter unnoticed) from CERN in Geneva to Gran Sasso south of Rome, a distance of 730 kms (500 miles).

The astonishing and startling results show that the particles may have travelled faster than the speed of light contradicting Einstein’s Special Theory of Relativity which has withstood more than a century of previous testing. It is one of the key elements of the so-called “standard model” of physics, which attempts to describe the way the universe and everything in it works.
If this were to be the case then the discovery would open up intriguing theoretical possibilities, only one of which would be time travel!

The neutrinos did something unexpected that has opened up a whole new way of looking at how the universe works.

And it has shown yet again that as far as physics is concerned nothing is certain and nothing is fixed.

And what would happen if you, like the neutrinos, did something unexpected in your next business presentation?
What if you didn’t use PowerPoint like everyone else?
What if you got your audience to do an activity instead of listen to you the whole time?
What if you told stories instead of giving lots of facts and figures?

How might this change the way business presentations are delivered in your organisation?
How might you challenge the accepted way of doing presentations so that they are more effective and interactive ?

because nothing is certain and nothing is fixed and that includes the how and why of business presentations.

You can get your free Presentation Tip of the Week and the Winning Business Presentations Mini-course now at www.cathdaley.com/mini-course