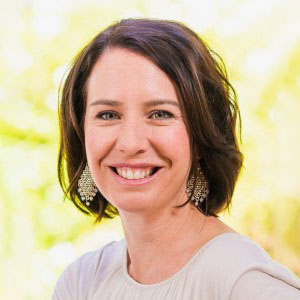 Joanna is the Founder and Director of One of Many; an educational hub where women from all over the world converge when they need to reconnect and commit to themselves.
She describes herself as an Author, Ex-doctor, Entrepreneur, Sometime Actor, Sister, Baby Wrangler and Personal Chef although she admits to having no professional training in the last three.
Joanna started her working life as a medical doctor, before a short stint at drama school. It was at drama school she first experienced personal transformation skills and speaking.
After launching a small coaching practice in Sydney, Australia; it wasn’t long before she was travelling all over the world delivering breakthrough trainings to audiences of up to 3000 at a time.
She is an internationally acclaimed speaker and sought-after educator who has taught over 65,000 people on three continents. She is one of the world’s most successful and inspirational speakers having taken her own business from stand still to 7 figures, and two countries, in 12 months. She is widely regarded as a Lifestyle Business Entrepreneur, and general over-achiever!

This website uses cookies to improve your experience while you navigate through the website. Out of these, the cookies that are categorized as necessary are stored on your browser as they are essential for the working of basic functionalities of the website. We also use third-party cookies that help us analyze and understand how you use this website. These cookies will be stored in your browser only with your consent. You also have the option to opt-out of these cookies. But opting out of some of these cookies may affect your browsing experience.
Necessary Always Enabled

Any cookies that may not be particularly necessary for the website to function and is used specifically to collect user personal data via analytics, ads, other embedded contents are termed as non-necessary cookies. It is mandatory to procure user consent prior to running these cookies on your website.