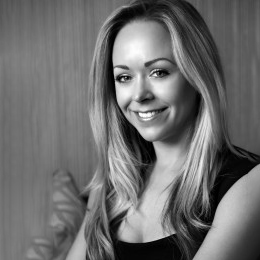 Born in Australia, Tamara grew up absorbing four generations of history and knowledge of design and became passionate about fashion after watching her grandmother and mother design and create dresses for clients in their home. At the age of 12 she started creating garments for herself and friends who were eager to pay for her innovative designs and by the age of 15, she was selling her own clothes to private clients and independent boutiques in Australia.

After moving to London Tamara founded Ralph & Russo in 2007, with CEO Michael Russo, after identifying a gap in the luxury fashion market.

Since then Tamara has risen to become one of the most exclusive and sought after couture designers in the world, and the brand is famous for its exclusivity, dressing international royalty and superstars such as Beyonce and Angelina  Jolie.

The Ralph and Russo woman is strong and feminine and radiates a unique sense of style and Tamara’s designs embody years of travelling all over the world and reflect her passion for diverse cultural beauty.

In Jan 2014 Ralph and Russo became the first and only British house to be elected by the Chambre Syndicale de la Haute Couture to show its collection on the official schedule at Paris Haute Couture Week, alongside brands such as Chanel, Dior and Valentino.

Alongside her business partner Tamara joined Mark Zuckerberg and Marissa Mayer on Fortune’s prestigious 40 under 40 list in 2013.