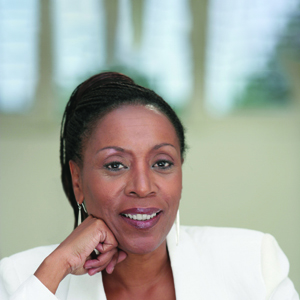 Yvonne is the MD of ASAP Communications, the first black owned PR company.

She is Senior External Advisor at the Greenwich School of management and the author of 7 Traits of Highly Successful Women on Boards. Originally from Guyana in South America, she began her own PR company over 30 years ago and as well as being music editor for the UKs first black monthly magazine Root she was also founder and director of The UKs first Black Music radio station Choice FM.

She started the UK’s first Black Women Business Network – The European Federation of Black Women Business Owners. In addition to being awarded the CBE in 2003 for her services to women, small business and minorities, her work has been recognised internationally and acknowledged by the Mayor of Houston, Texas with her own day- Yvonne Thompson Day 4th Jan. as well as being named in Washington in the Congressional Records.

In 2005 she was awarded an honorary doctorate by London Metropolitan University for services to small business, and mass communications. Her most recent roles include working with the prestigious TNON (The Network of Networks and has been appointed to the Economic Honours Committee where she is committed to helping increase nominations from minorities and women.