Video: Presenting and Winning – The Magic of A Young Entrepreneur’s Story 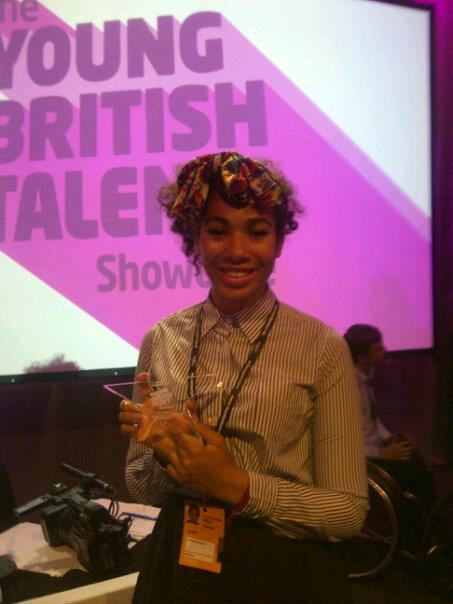 If you follow me on Facebook or Twitter you’ll know that I recently had the  privilege of working with a young entrepreneur called Florence Watson.    Many people have been asking me about her  and so I thought I’d tell you  more of Florence’s story………..

Florence first became involved with The Tiber Project about two years ago when she was just 16. The project is based in Toxteth and is all about young people making a difference in their community.

The group of which Florence is a member identified that there was a lack of suitable low cost office space in the area and found out that this was having a detrimental affect for new start up businesses. They decided that they would refurbish a dilapidated portakabin and convert it into affordable offices for local businesses, including a hot desk facility and run it as a business. They wrote a business plan, a marketing plan and then got to work to make it happen.

Florence was one of the project managers and they raised £30,000 towards the cost of the development. They were determined to make their business as successful as possible and  knew they needed to develop their own skills and so went to Durham University Business School for a course on Leadership which they subsequently used to great effect on the programme.

Although they raised a considerable amount of money it was not enough and so they asked for volunteers from the local community to help them complete the project.

And this is where the magic comes in………… one local resident,Karl, didn’t know anyone in the area, was long term unemployed, spent most nights in the pub, was depressed and at the end of his tether, so much so that he was contemplating suicide when he walked past Tiber and saw the sign asking for volunteers. He went in and they were just what he was looking for… a painter and decorator. He began next day after persuading two strangers he met in the pub ,Jed and Ray, to get onvolved too.

Fast forward four months and Tiber has clients in all of their offices  and Jed has now set up his own painting and decorating business employing Karl and Ray.

A fantastic success story…………  so where does Young British Talent Showcase come in?

Florence reached the final of the competition that was hosted by Eddie Izzard at The Labour Party Conference. And that’s when I became involved.

The challenge facing Florence was to deliver a 3 minute presentation to over 200 people in an auditorium in The Echo Arena  against  stiff competition.

You can see Florence’s presentation and what the judges said here :

And she won!  with the prestigious judges saying that she was “an inspiration and a wonderful storyteller”.

So how did we do it? by being different from all of the other contestants.

Initially Florence lacked confidence and self belief in her ability to win. Using some of the techniques from the Winning Business Presentations toolkit we changed all that. She is now a confident, relaxed and assured speaker.We looked at developing an approach that would let Florence’s personality shine through in such a way that would captivate the audience. We decided to do without PowerPoint, without video, we just let her tell her story in a way that connected and engaged with the audience. And that’s what made her different.

So next time you are giving a presentation think about your story and how you can tell it in a way that will connect and engage with your audience and maybe you’ll present and win like Florence did.