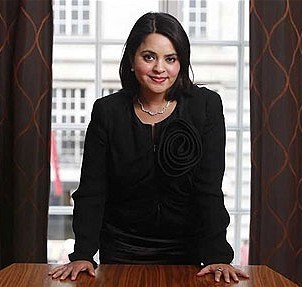 Shalini Khemka is one of a handful of women leading the way for British entrepreneurialism and innovation.

She is a serial entrepreneur and in 2011 founded the E2Exchange whose mission is to create the UK’s leading organisation supporting entrepreneurs and helping them accelerate the growth of their businesses in a nurturing and dynamic environment.

She is Chief Executive and Board Director of E2Exchange whose board directors include Sir Richard Branson, Aaron Simpson, Duncan Bannatyne and Lord Karan Bilimoria.

With a background in banking and finance she has worked in various roles for a number of organisations including Deutsche Bank, Bankers Trust International Bank, Natwest Bank and Coopers & Lybrand.

Together with three former Managing Directors of Deutsche Bank, she set up the world’s first online ‘bank to bank’ trade finance company.

Shalini is also a Director on the Development Board of The Royal Philharmonic Orchestra, a Mentor for IBM Smartcamp and a Champion for Tech London Advocates.